The tangy sauce in this recipe goes really well with baked short ribs.  The original recipe calls for the ribs to be deep fried.  For a healthier version, I decided to bake the short ribs instead and use only olive oil.

Arranged the short ribs on a greased baking pan.

Preheat oven at 180C and bake for 45-60mins or until nicely brown & done. Alternatively, you may deep fry the ribs until done.

The nicely baked short ribs (can be eaten on its own without the sauce). 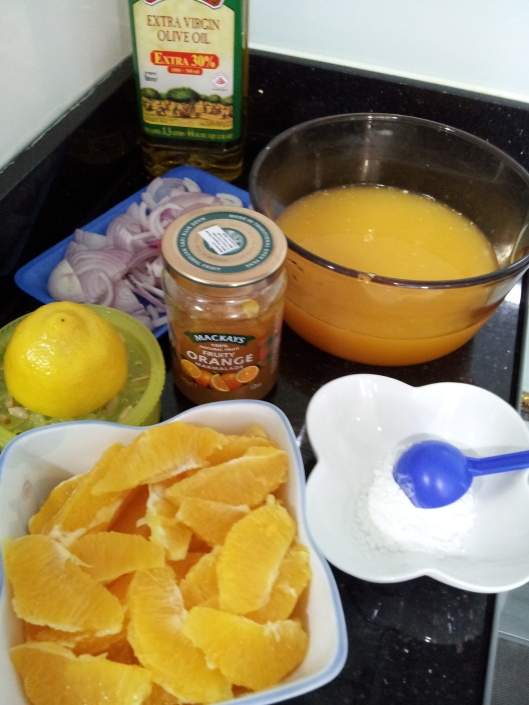 Heat some olive oil in pan and fry the sliced onions until fragrant. 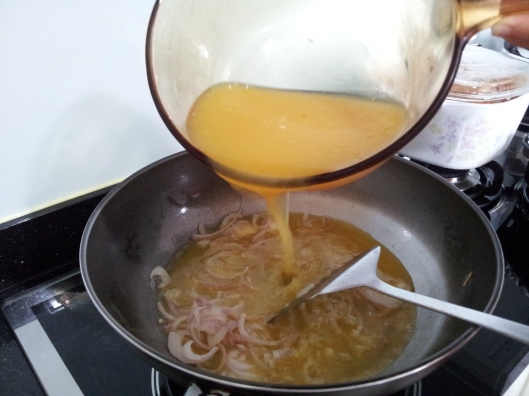 Next, pour in the orange/lemon sauce and bring to a boil. 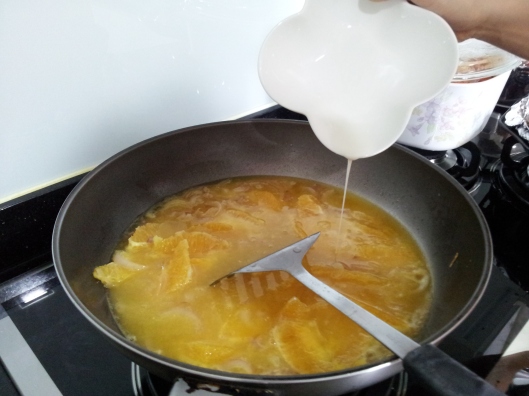 Thicken the sauce with cornflour mixture and add salt & pepper to taste.

Add in the baked short ribs and let them simmer in the sauce for 10 mins or longer if more tender ribs is preferred.

Baked Short Ribs in Citrus Sauce served garnished with a sprig of cilantro.