We reached Ximending in central Taipei at about 5pm yesterday and bid Mr Lee goodbye.  He’s a competent driver and guide, certainly a good contact to keep. Ximending is a shopping and food haven and the shops stayed opened until almost midnight.

On Day 5 in Taipei, we initially planned to visit Shifen (十份), Pingxi (平西) and Jiufen (九份). These old towns are rich in culture and history and it is easy to get there. Shifen and Pingxi are situated along the same Pingxi Railway Line. We started our day late (almost noon) and as it was raining when we reached Shifen, we proceeded straight to Pingxi instead and subsequently didn’t go back there. We didn’t visit Jiufeng either as it was getting late and the weather was wet. It was a pity to miss Shifen as the Shifen Waterfall (十分大瀑布) was supposedly the most scenic one in Taiwan. A lesson learnt here – as train service starts as early as 5am, do plan your day trip ahead so that you can cover more places.

Nevertheless, we had a wonderful afternoon in Pingxi. Step off the train at Pingxi Train Station and you are transported to an old world where shops built-in the 1930s and wooden houses built during the Japanese Occupation still stand. Lined long the old streets are a modern cafe and shops selling souvenirs, trinkets and traditional delicacies. We strolled through the old streets and tried a nice dessert with a combination of assorted beans and chewy sweet potato and yam glutinous rice balls, and a local snack we especially enjoyed called Dachang Bao Xiaochang (大腸包小腸) which literally means “small sausage in big sausage”. It’s actually a taiwanese sausage wrapped in fragrant glutinous rice. It is then slit and stuffed with an assortment of peanut powder, pickled mustard greens, cilantro, sauce, etc before being heated on an open grill. Served hot, it’s delicious! 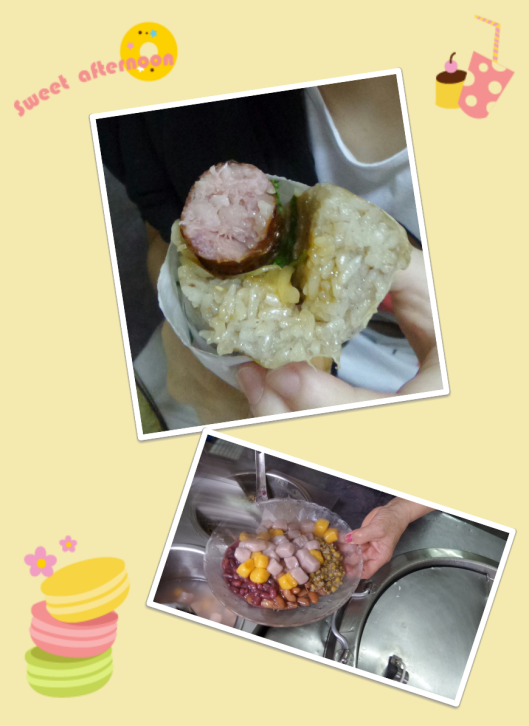 Another major attraction in Pingxi is flying sky lanterns (天灯). The story goes that in olden Pingxi days, the sky lanterns were supposedly a way for people to notify each other in case of theft. Today, it has become the famous Lantern Festival in Taiwan where people write their wishes for health, wealth or success on the lanterns and release them into the sky in the hope that their wishes will be fulfilled. The practice is so popular that it has become a major draw for tourists to Pingxi to experience it on any day. Ready-made lanterns are sold in many shops along the old streets and some can also teach you how to make one. We tried our hands at it at a make shift stall just beside the train station and it was real fun !

the old streets and shophouses in Pingxi

wish upon a lantern…..

HOW TO GET TO JINTONG, PINGXI AND SHIFEN (more info on http://guidetotaipei.com/visit/pingxi-平溪)

By Train: From Taipei Main Station, take a northbound train (except Keelung-bound trains) towards Ruifang Station. Transfer to the Pingxi Line (平溪線) and purchase a One Day Ticket for the Pingxi Line, NT$52. 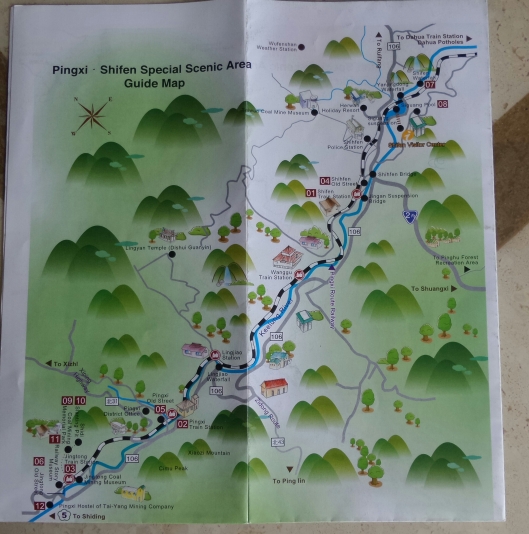 HOW TO GET TO JIUFEN (more info on http://guidetotaipei.com/visit/jiufen-九份)

By Train: From Taipei, take the train north to Ruifang Station. After exiting the station, cross the street to the bus stop next to the Wellcome Supermarket and board the Keelung Transit bus towards Jiufen. The bus trip takes roughly 15 minutes, and the fare is NT$21 during the week,NT$15 during weekends/holiday.

By Bus (via MRT): From Zhongxiao Fuxing (忠孝復興), Brown and Blue lines, leave from Exit 1 and take bus route 1062 (Keelung Bus) to Jiufen. The ride is about 1 hour and the fare is NT$90. Be sure to sit on the left side of the bus to enjoy scenic views of Northern Taiwan.

We spent Day 6 shopping and trying more local food in Ximending. There are so many night markets in Taipei that you can’t possibly visit them in a day or two. Ask your hotel reception for advice or get useful info online such as http://ieatandeat.com/taiwan-day-6-taipei-ximending

Home sweet home……. we will certainly be back in Taiwan for more !